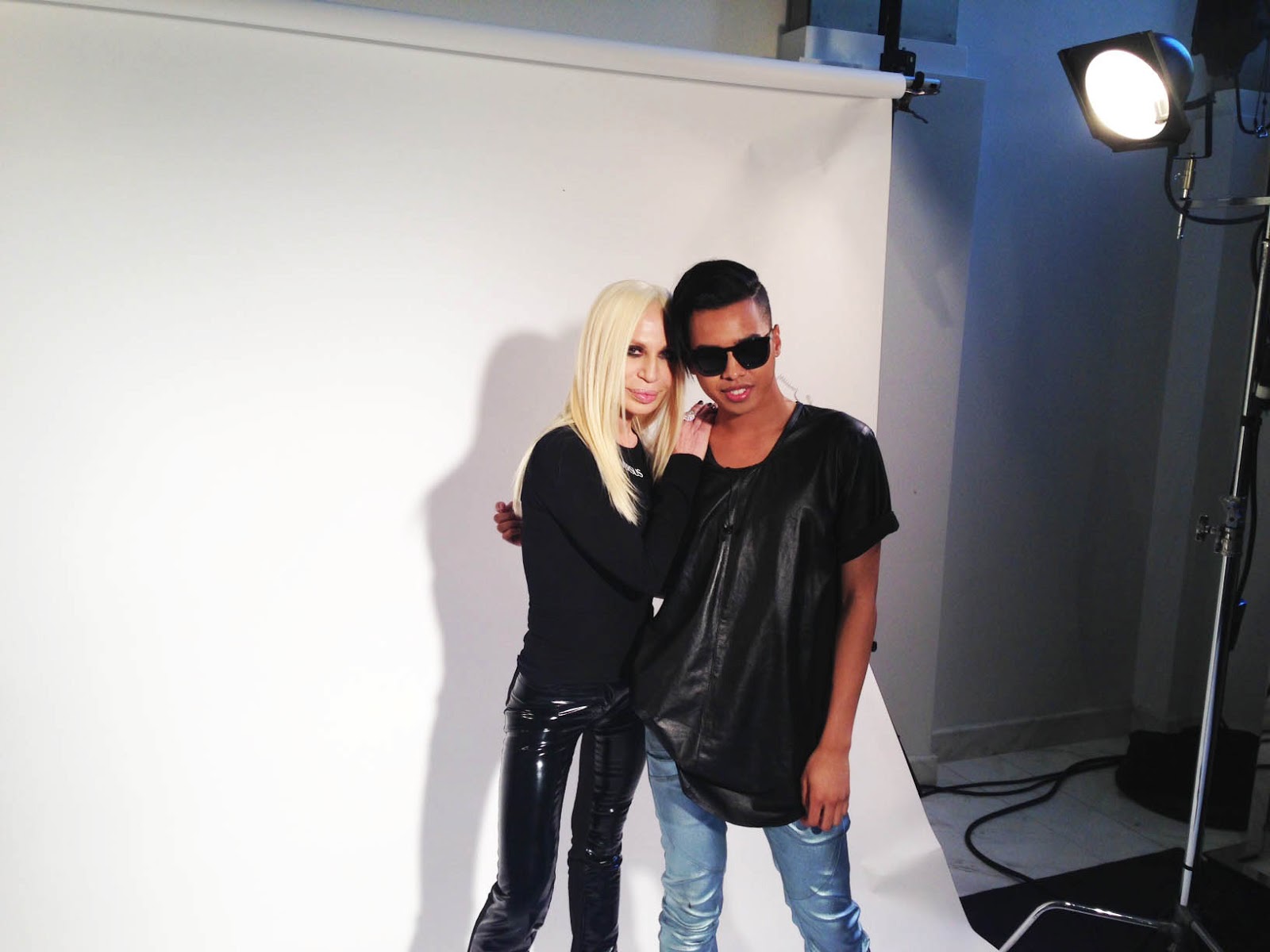 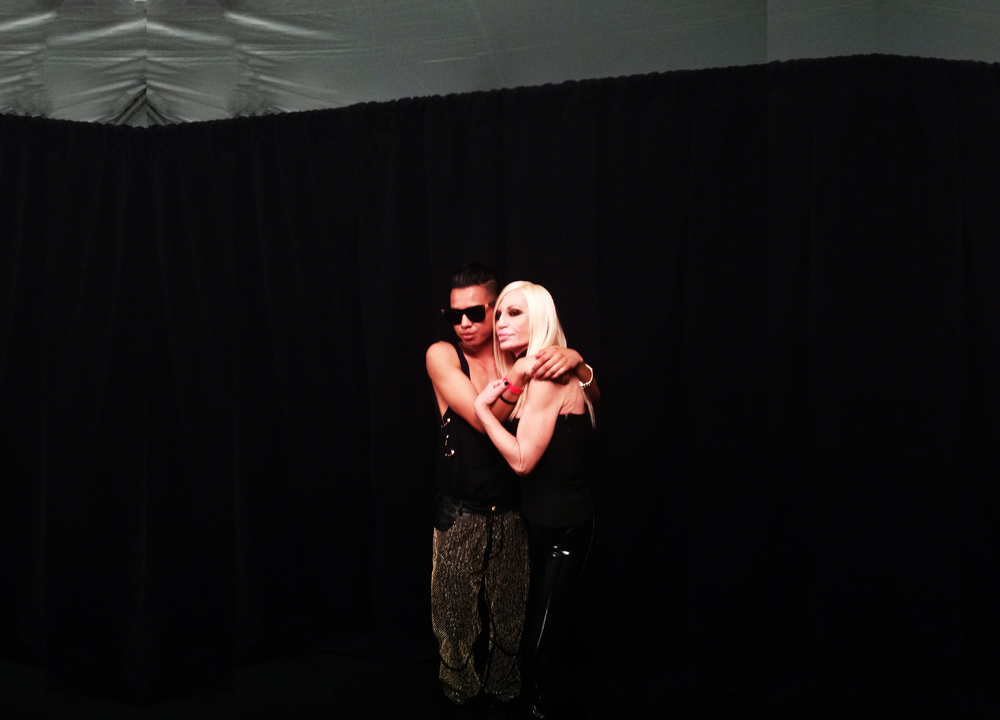 It almost induced a dream like state… Being requested by Versace to come down to New York only days before the epic re-launch of VERSUS, the iconic diffusion line by Versace that was a rockstar’s staple in the early 90’s all the way to the early millennium… Within 72 hours of being reached out to I was in New York stumbling around the meat-packing district looking for the ever so iconic GOOGLE building (who knew the sign was so big, because I mussed have missed it at least 15 times!).. After finally making my way to the proper place, it was here, where I, along with 3 other world renowned bloggers (Jeannie Mai, Susie Bubble & Simona Melani) would be debriefed on a scripted out series of questions and directions that would be played out LIVE the next day on a heavily promoted and shared Google+ hangout.. For those of you who don’t know.. A Google+ hangout is like live chatting with a group of your friends.. BUT ANYONE CAN WATCH!!! I couldn’t believe that I was a part of this amazing group of influencers and most importantly was in disbelief that I was chosen as the influencer to HOST this hangout!!!! The hangout would serve as a preview of the collection and teaser to all the things that would be taking place at the launch party + runway show featuring the androgynous collection the following day… It was the day of the hangout and I was freakishly nervous, I played it off cool, but couldn’t grasp the idea that in the next bit of time I would be one on one with someone who is so synonymous with the word Fashion… When you think iconic of fashion you think.. Lagerfeld… Yves… Chanel.. DONATELLA!!!.. It was time.. I put on my game-face and for nearly half an hour spent some of the most fun and exciting times in front of a camera to date.. I was floored when it was time to be one on one with DV because she ended up being so soft, kind, fun and just energetic! Telling me to try this on, really expressing her love for social media and the generation of social-media savvy kids that help share the VERSACE message everyday!!! This was iconic!! Following the Hangout, I was notified that approx. 5,000,000+ people from around the world tuned into this hangout.. And here I was thinking it would be a few thousand or something #OMG!.. The next day was the event.. I had the pleasure of being granted all access where I was able to see Lady Gaga backstage, hangout with my girl Allegra Versace and get some iconic shots in with Donnatella! What an experience!!!