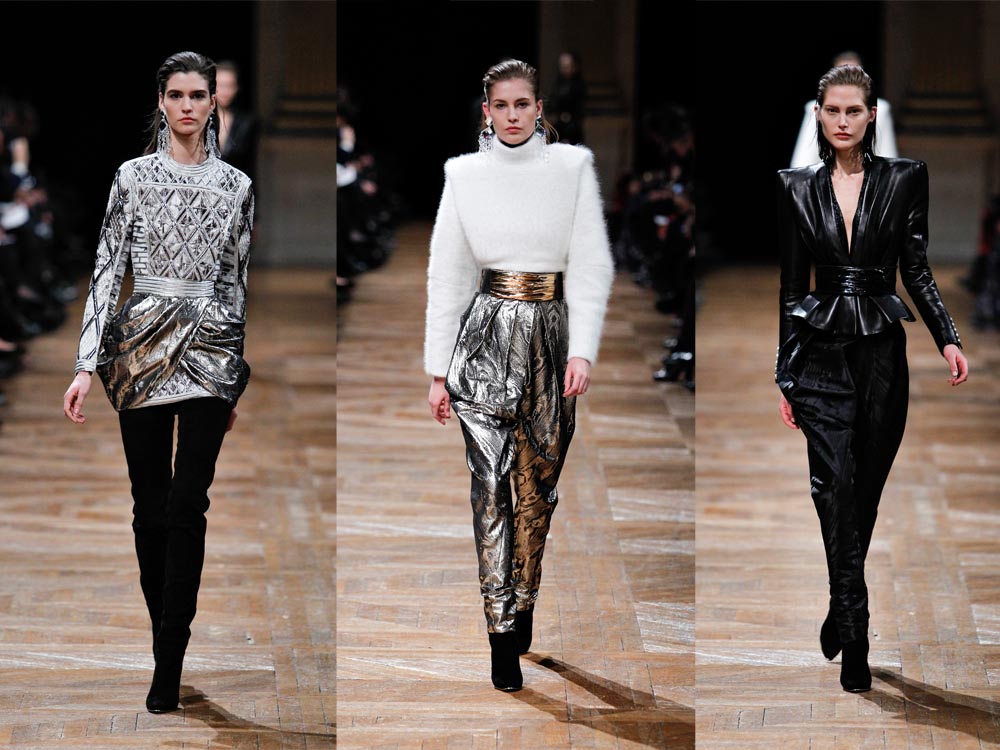 “I wanted to imagine the seventies in the future— in 3070!” explains Olivier Rousteing, the extraordinarily talented twenty something year old behind the curtains and at the helm of Balmain. This season at the beautiful Hôtel de Ville in Paris, Olivier showcased his Fall/Winter 2013-14 collection for Balmain, a collection which really captured his inspiration but is probably one of the most abstract collections for the house since the climb of the signature silhouette that has made it’s mark over the last few years but still it was very, very, VERY Balmain. I saw a very futuristic fusion of middle-east and far-east colors, embroideries and details with a very samurai aesthetic and shape plus a touch of American seventies silhouettes. 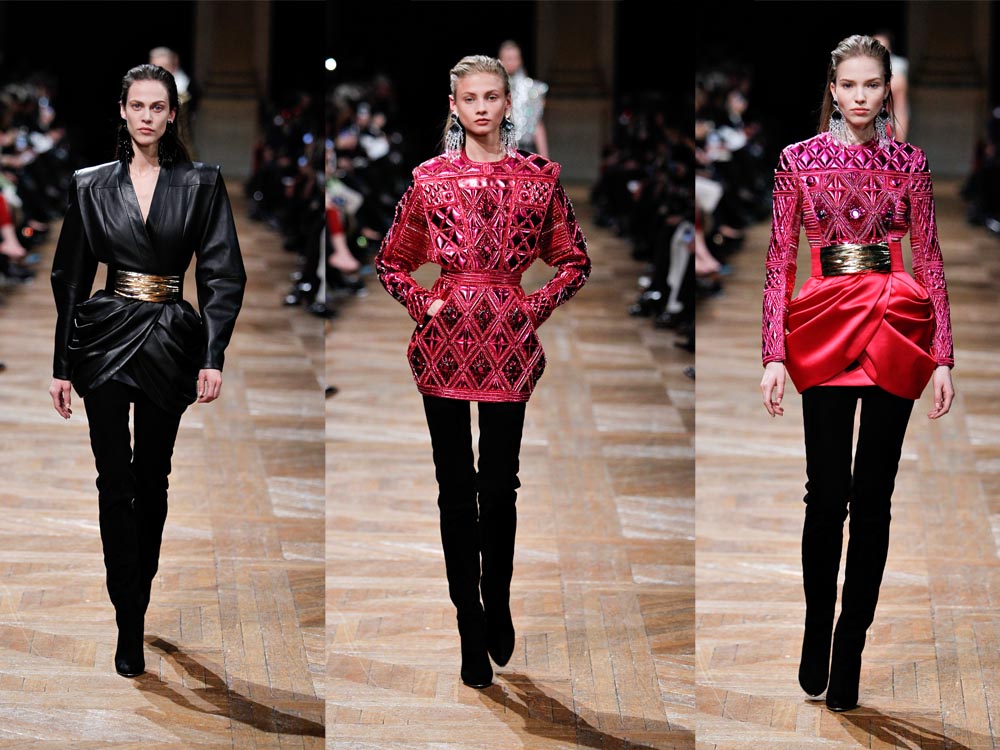 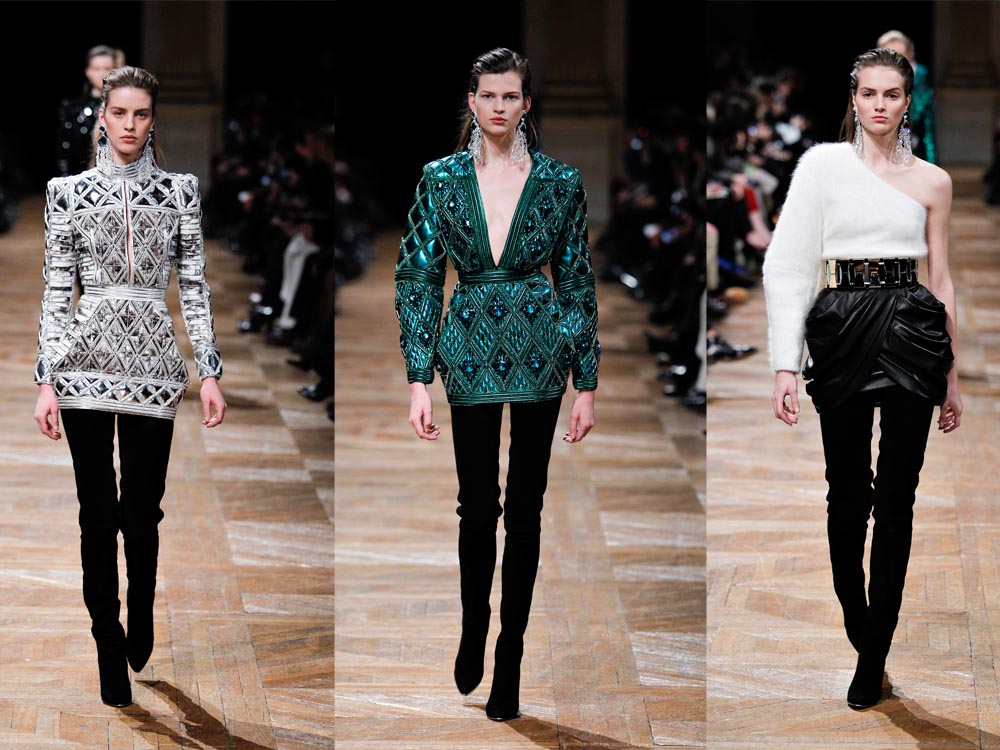 Over the last couple of seasons Olivier has really been taking Balmain from the rocker-chic status it became famous for, to now, a more almost royal, majestic, and magical state. The embroidery, the details, the textures, it all is so strong and impactful but comes together so precisely in his collections like this season’s. Every season is something new and exciting for Balmain and I can’t wait to see where Olivier takes it next. 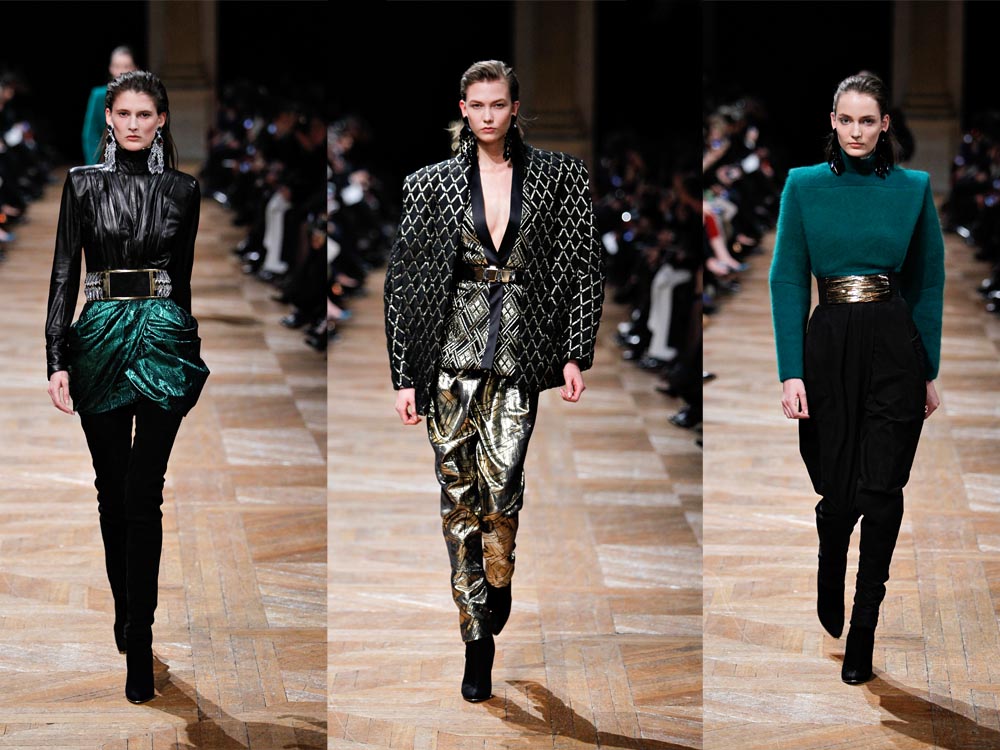 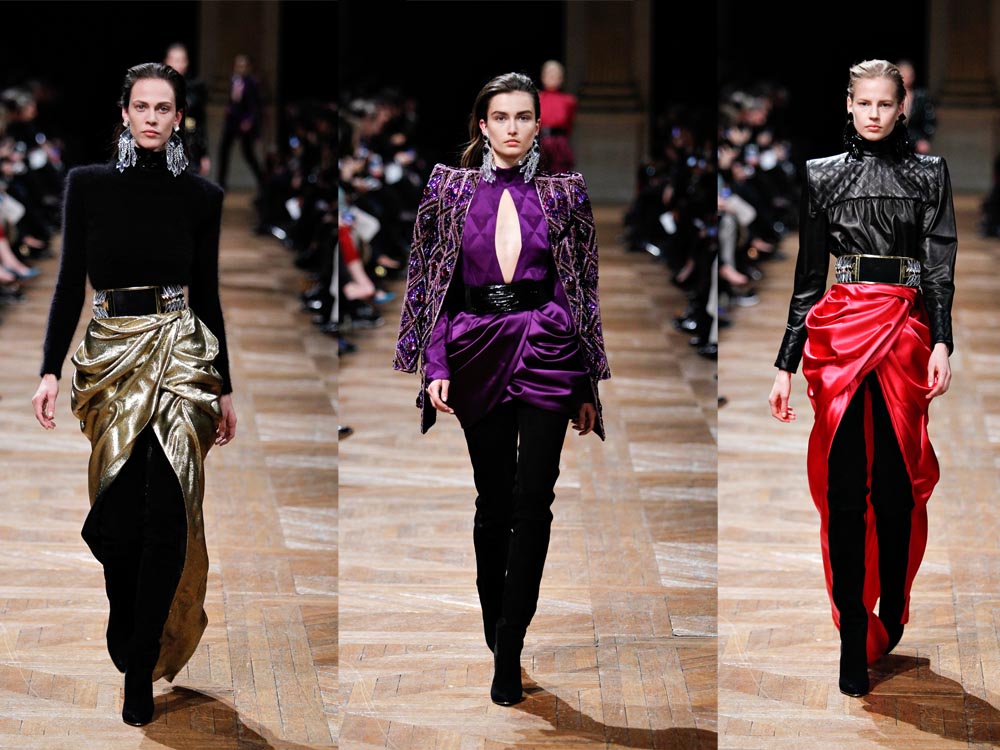 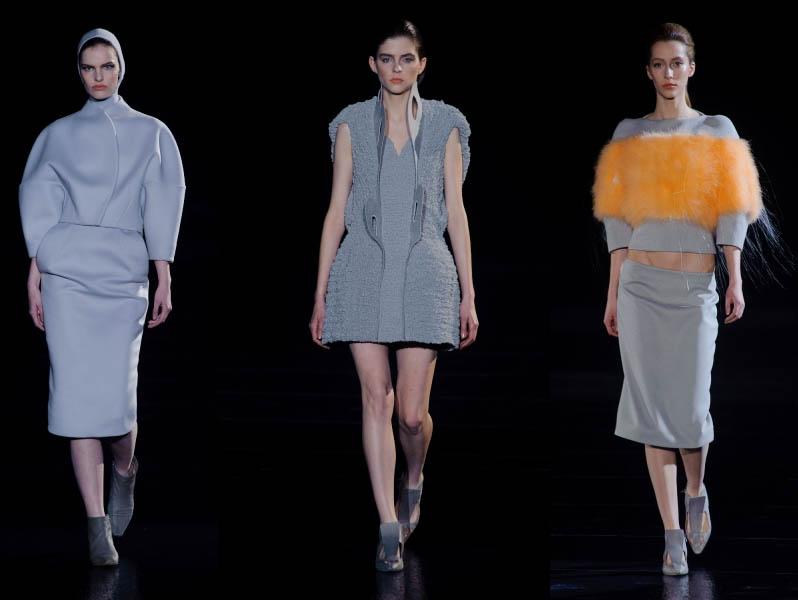 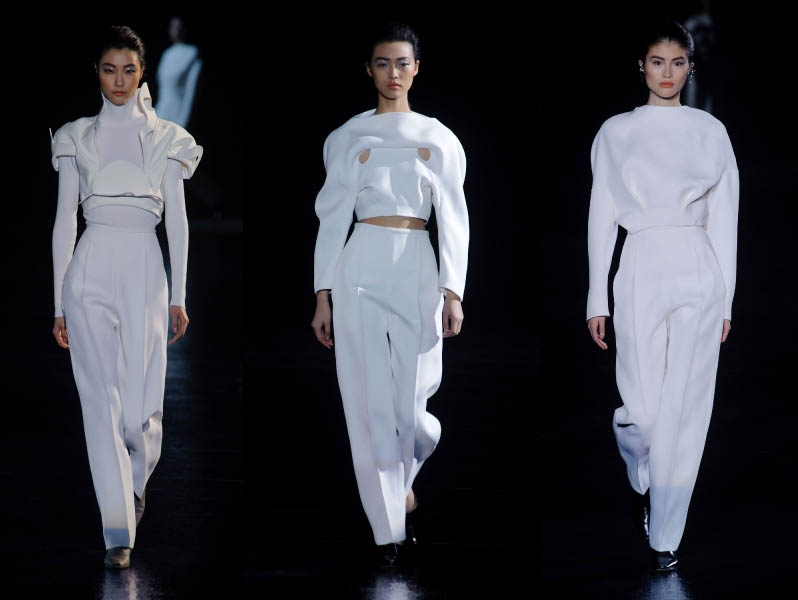 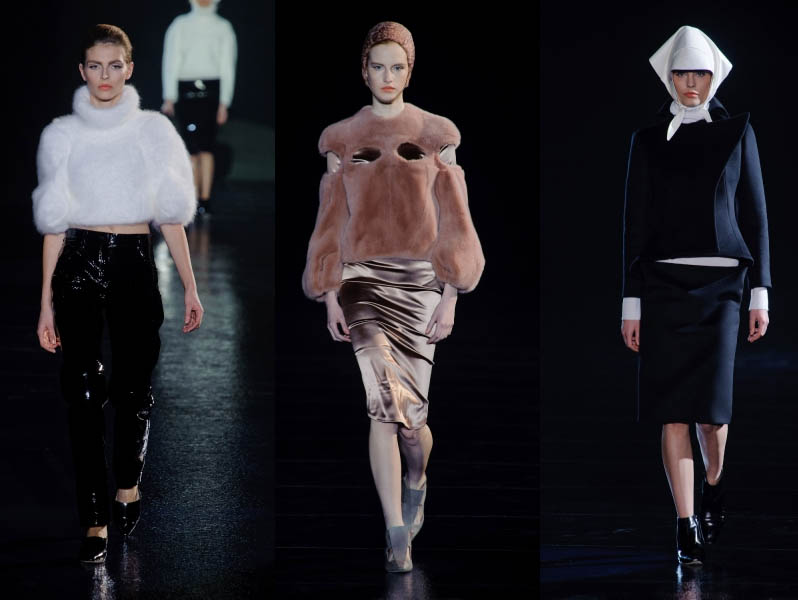 For the Mugler Fall/Winter 2013 collection, designers Nicola Formichetti and Sebastien Peigne explained that they “wanted to explore the idea of travel through time, in style,” a theme which was clearly evident down the dark runway of this seasons collection. The Fall/Winter collection for 2013-14 is filled with super modern futuristic shapes and silhouettes tied in quite cleverly with retro-vintage-esque details and pops of color and print, all tying into one another quite strikingly and definitely interestingly. The structure of the collection consisted of a very 60’s through 90s style featuring high-waist pants, hooded turtlenecks, patches of furs, fur with holes, high shine fabrics and classique over the knee skirts. The collection also seemed much more tamed this season compared to previous collections which may be a direction to a more commercial client? 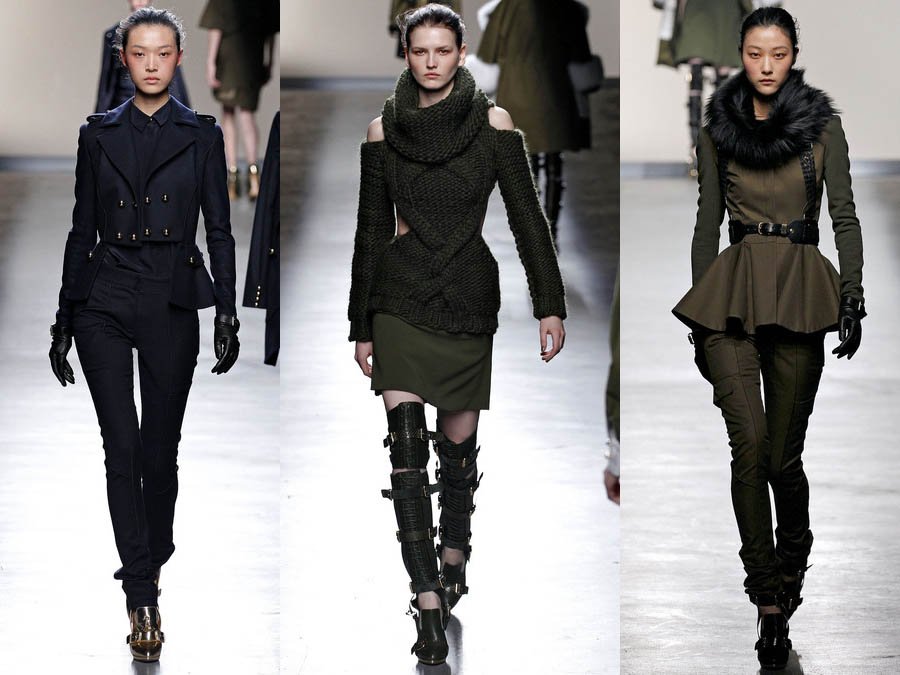 For Fall/Winter 2013 Prabal Gurung definitely commanded our attention with his military-chic glam looks, one by one strutting their way down the runway. The theme was evident, a beautiful clean look filled with downtown vibes, military inspirations and lots of strength, strong details, embroidery, accents and (my personal favorite) fur touches. I find Prabal’s collection’s are more soft and light so it was exciting to see the very aggressive mood to the show. In this case, aggression was good. Models marched out onto the catwalk wrapped in perfectly seasoned colors like strong army green’s, deep maroon-esque reds, dark, dark blues and the natural, all black ensembles. The addition of Zana Bayne leather body harnesses really added a new dimension to the looks and seriously toughened them up. I really feel like Prabal introduced a lot of new aspects of his design and skill in this collection, and even though he did we were definitely reminded of Prabal’s signature style and very accurate skill when it comes to tailoring, silhouette and detail! 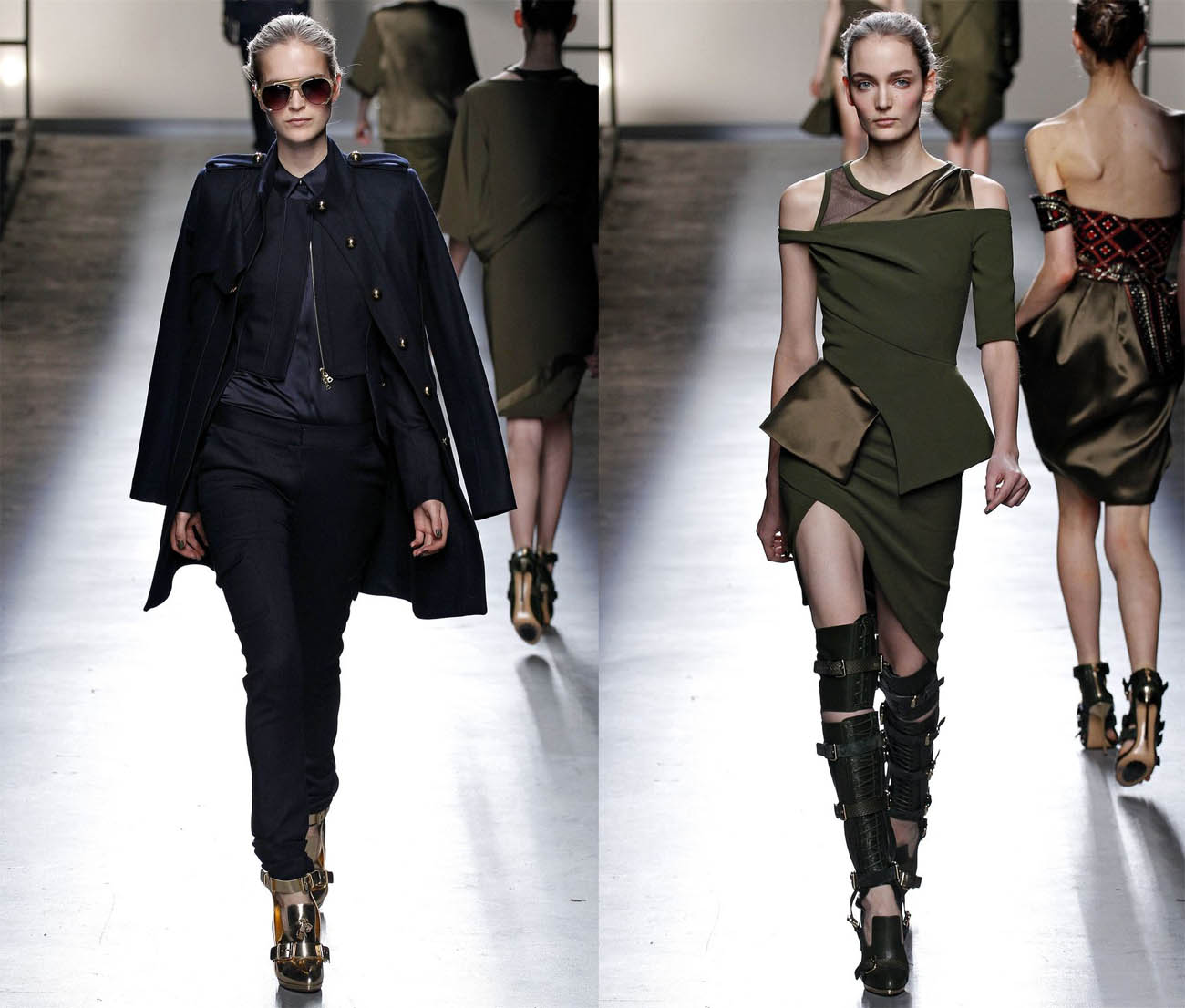 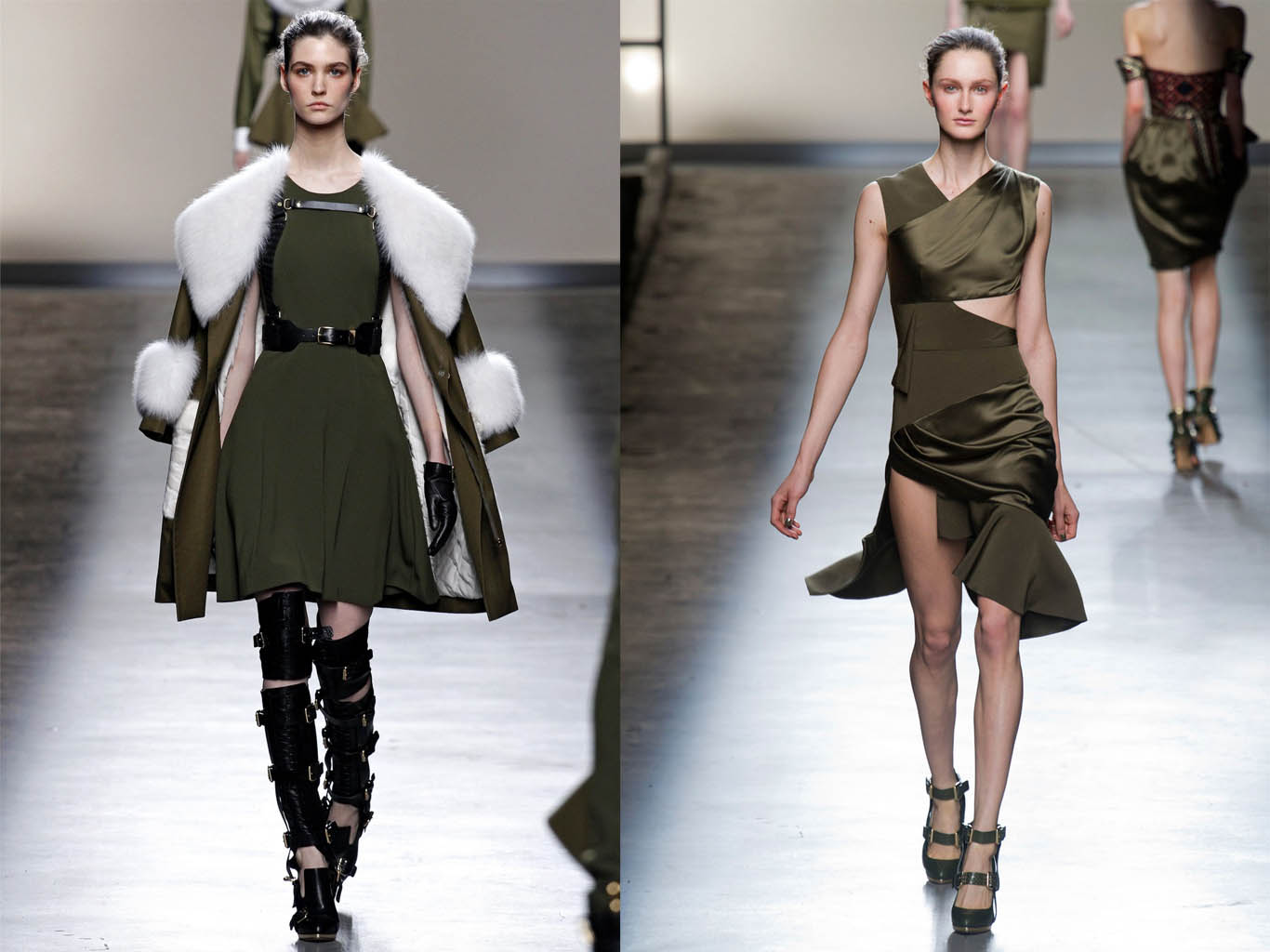 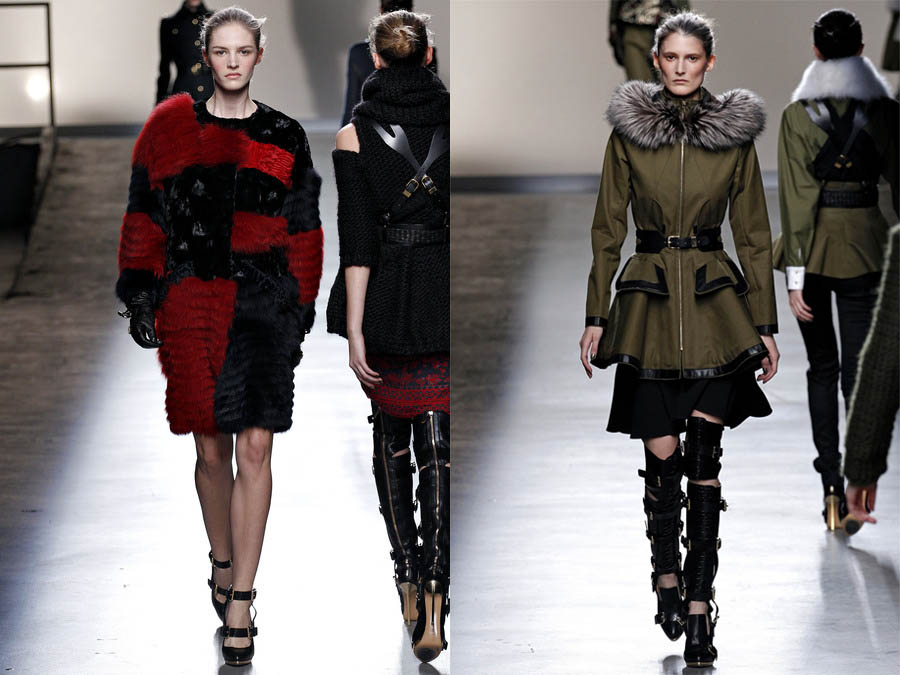 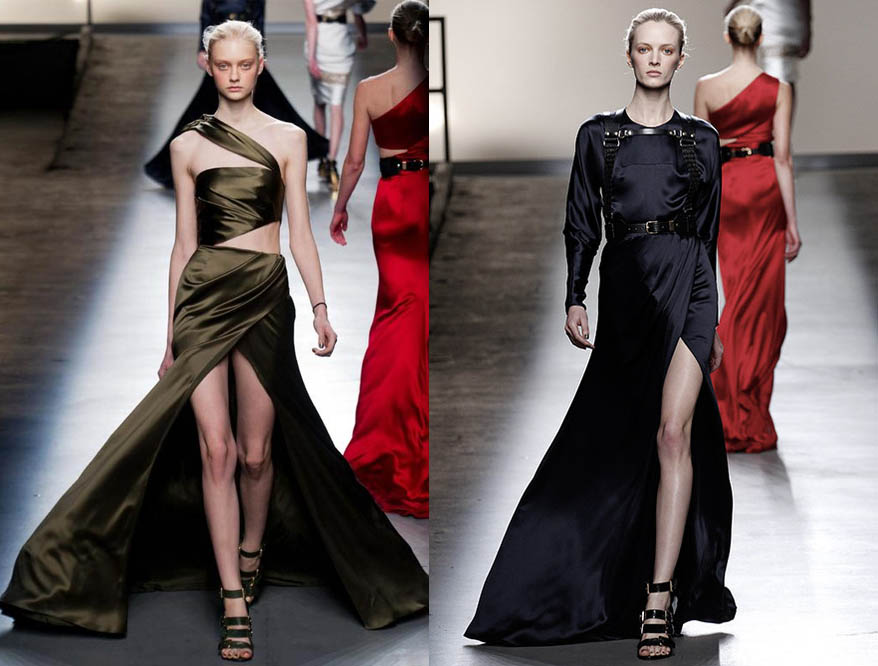 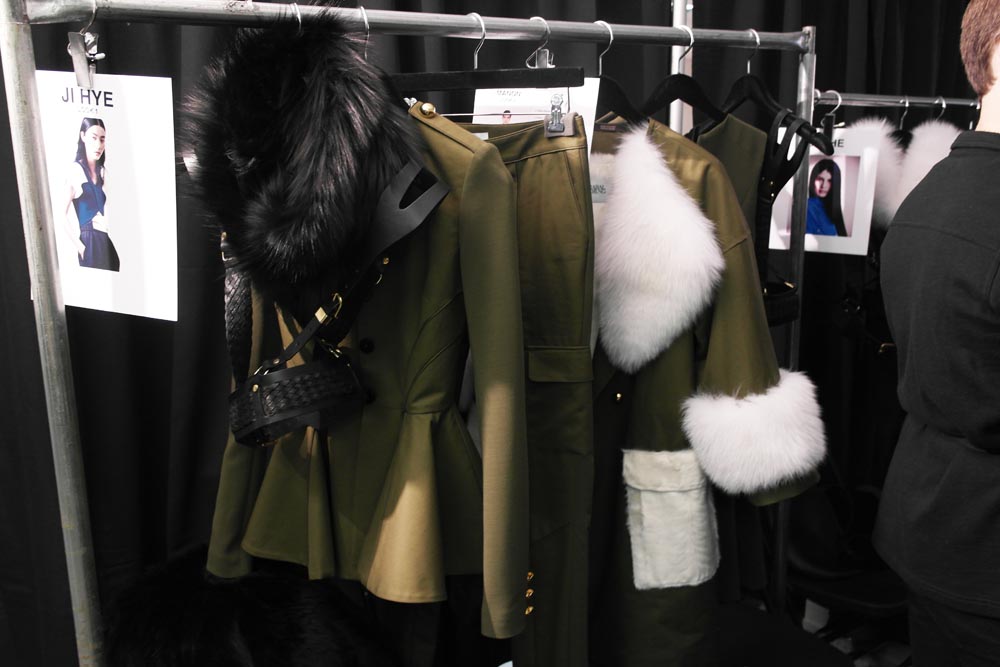 Here are just a few exclusive photos I took from backstage at Prabal Gurung’s Fall/Winter 2013 runway show which just showed a few days ago during New York Fashion Week. It’s always such a thrill to be backstage, the fast pace movement, all the action, models, hair, make-up, final looks, etc! There was no shortage of any of this behind the curtains at Prabal’s show. It was also nice to see him surprisingly calm pre-show taking interviews and photos with press/etc… The collection was filled with some really strong and beautifully made pieces for Fall/Winter 2013. I LOVE LOVE LOVE the coats, especially the one above with the white fur. 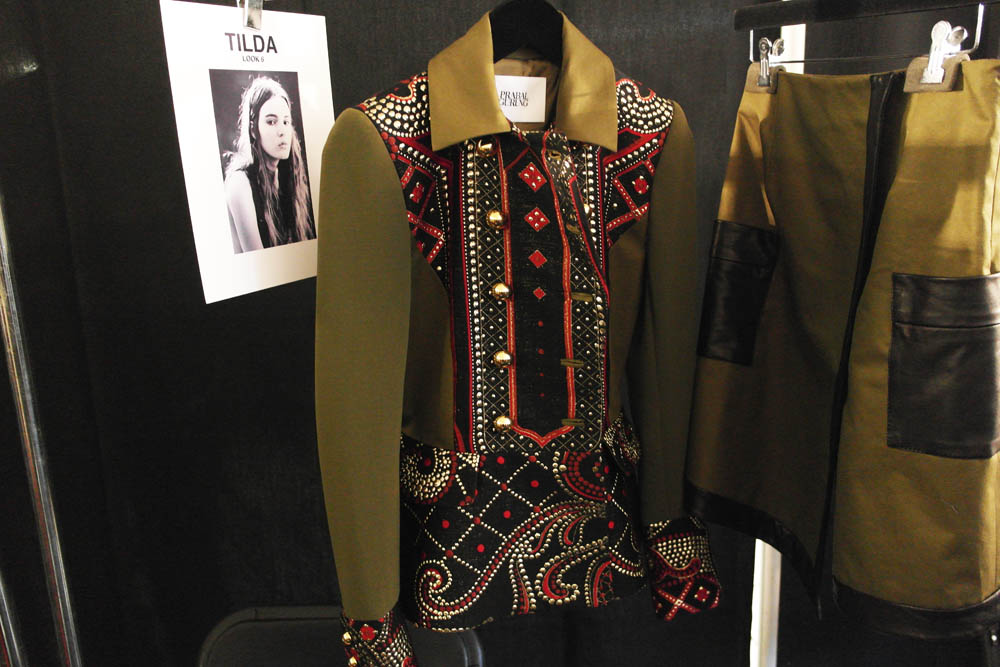 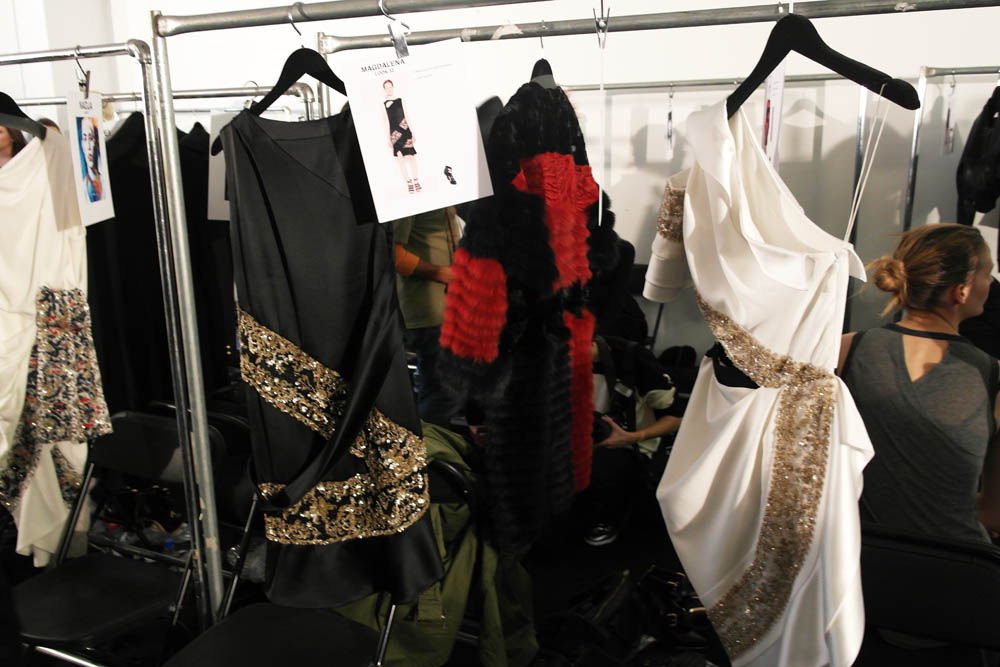 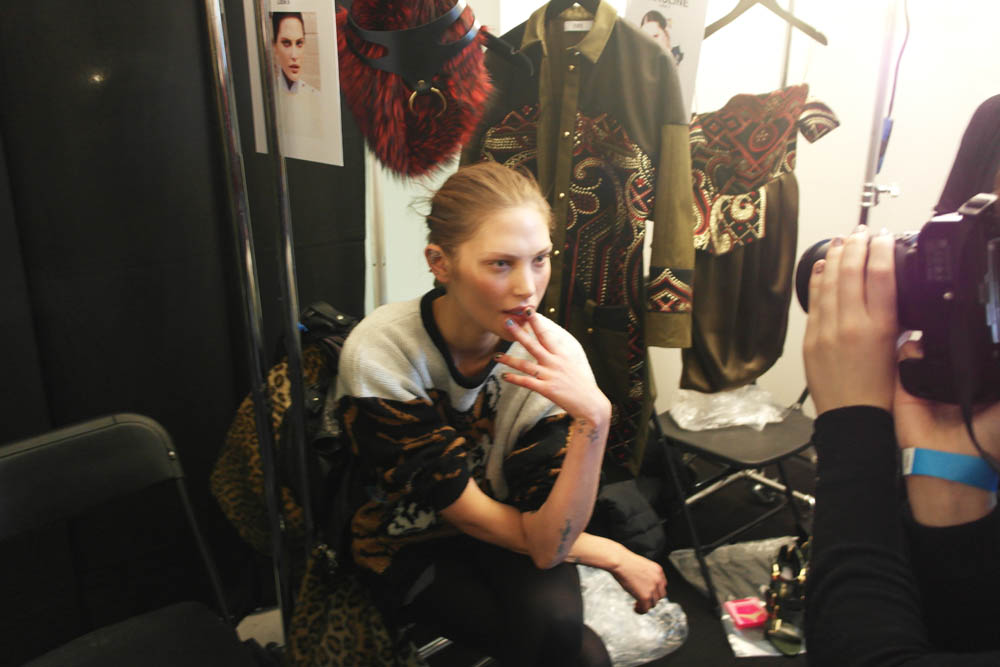 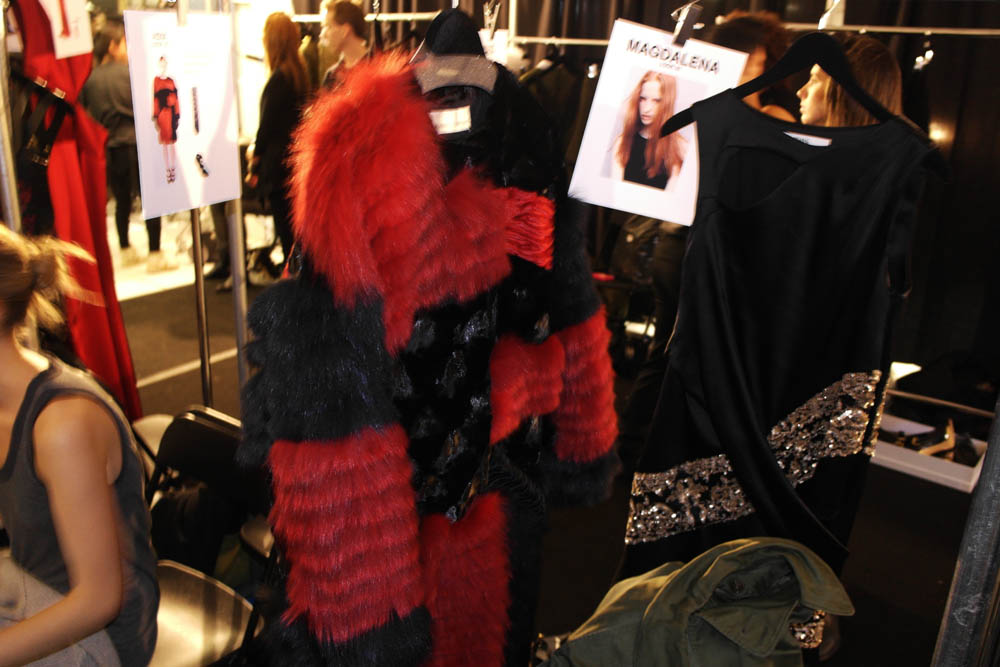 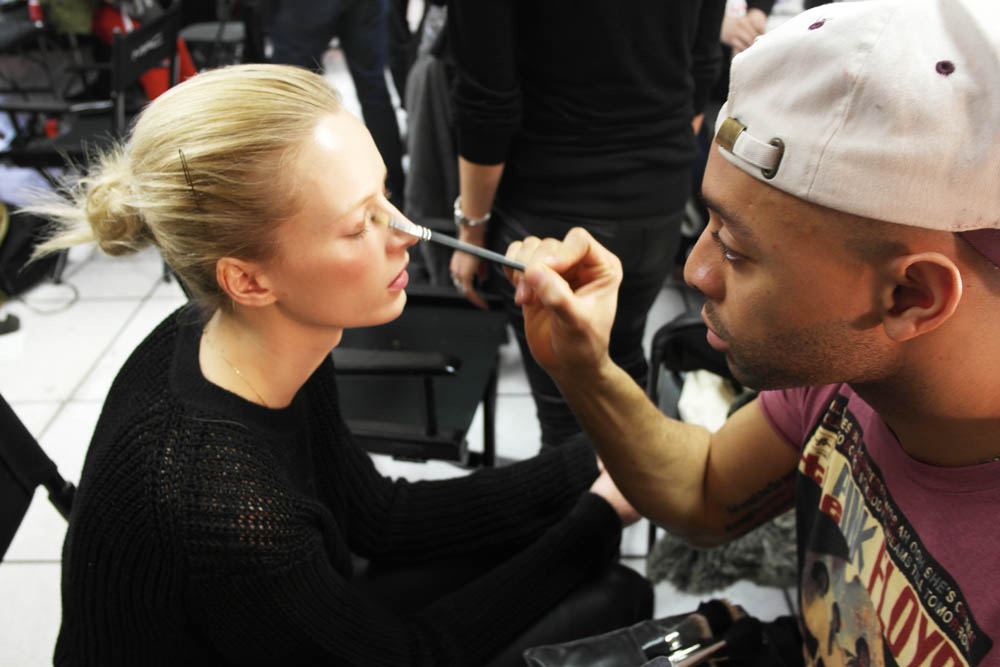 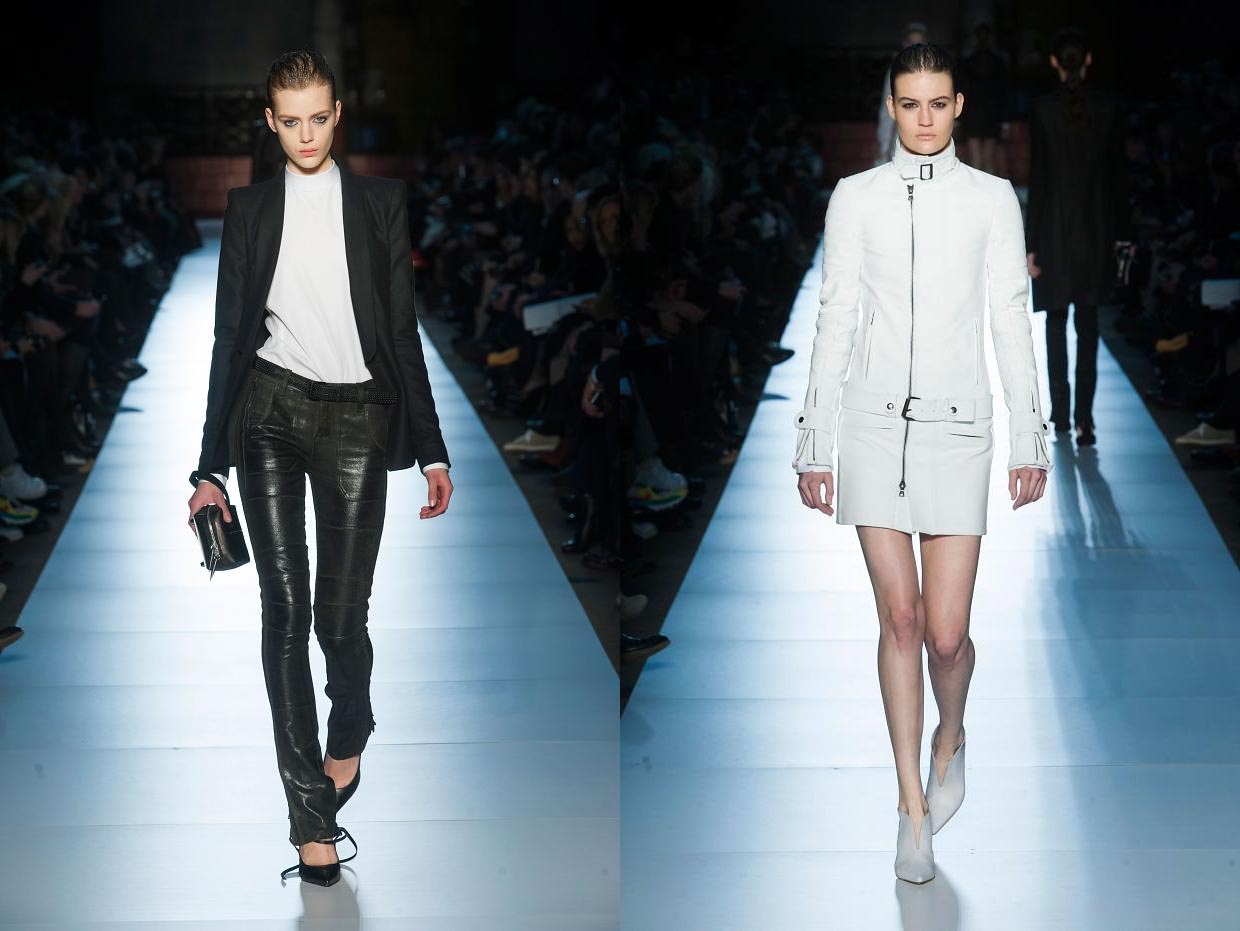 For his second collection, Diesel Black/Gold, creative director, Andreas Melbostad did great when it came to the label’s Fall/Winter 2013 line up. I love the direction the Diesel Black Gold collection is going every season and the new age sexy/modern/cool it represents. The collection was the perfect amount of leather, dark colors and splashes of white. I am also a fan of the accessories, as I always am. The Diesel Black/Gold collection nails it, not only with the ready to wear but also with the bags, shoes, etc. The collection is super modern and has all the right touches, from the chunky exposed zippers to the paneling and details among the leather. It was also really nice to see a Diesel collection really get back to it’s roots with the hardcore textures garments and studs. I mean, you know me and studs get along very well!!! 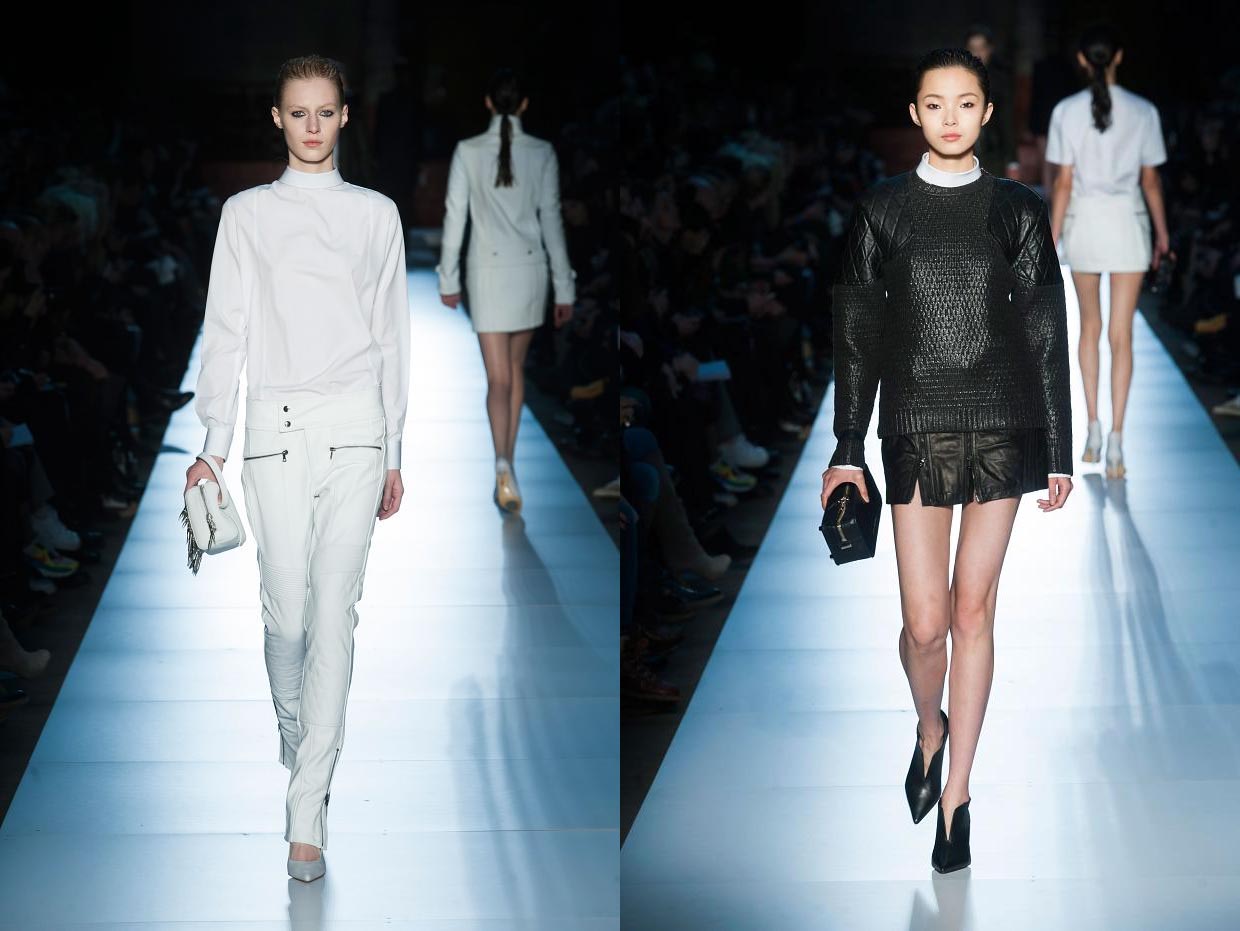 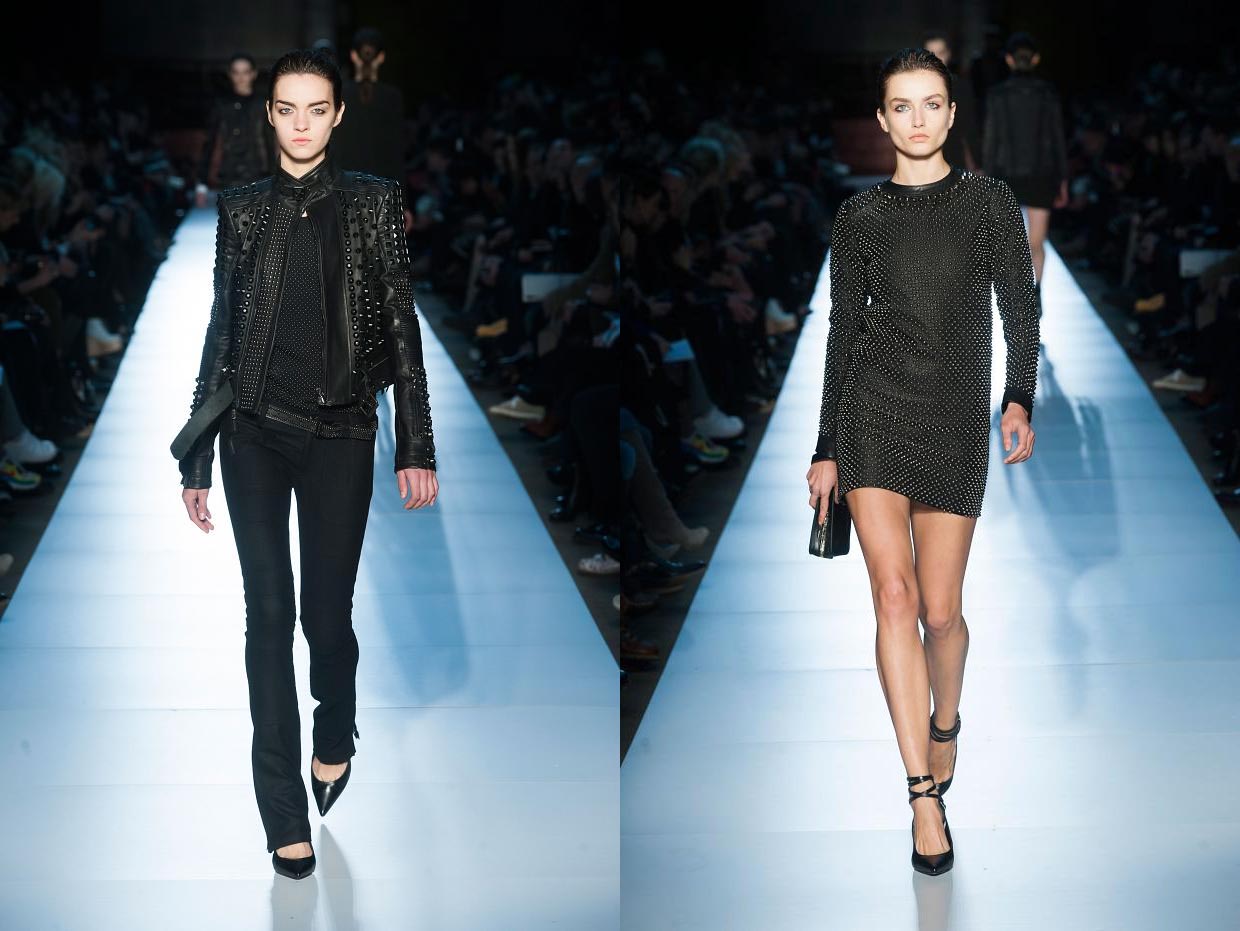 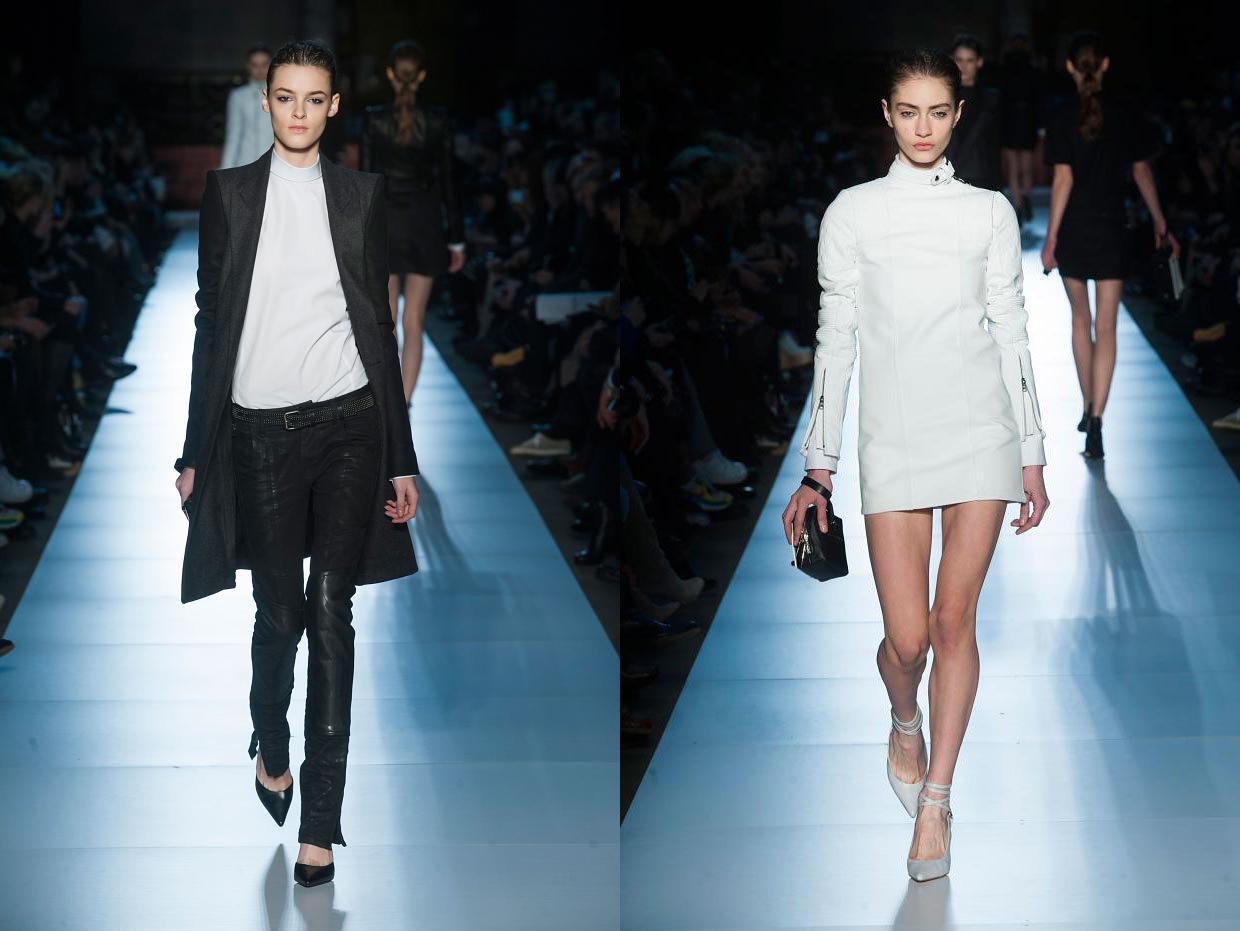